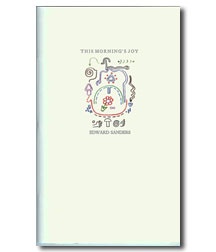 Here is a collection of poems that protest the Iraq War, that offers elegies to friends (Allen Ginsberg, Robert Creeley, Harry Smith, Charles Olson, and others), memories of revolutionary times, and the joys of carrying on despite “war-mongering sleaze” from a poet, inventive musician, publisher, and longtime member of “The Fugs” rock and roll band. 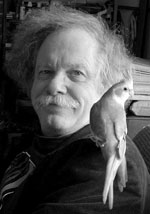 Born in 1939, Ed Sanders has produced numerous books of poems, CDs, a novel, and is currently halfway through a projected nine-volume history of America in poetry. He’s also the author of The Family, an investigative study of the Charles Manson murders of actress Sharon Tate, wife of Hollywood director Roman Polanski, and four others.

Student of Greek, participant exorcisor during the 1967 March on the Pentagon, founder of the Investigative Poetry movement, editor/publisher of Fuck You magazine (“published from a secret location on the Lower East Side”), editor of the online Woodstock Journal, husband of Miriam R. Sanders for nearly a half-century, Ed Sanders carries on poetically and politically, bridging the Beat generation to the Hippie generation, to a contemporary insistence that poetry matters and will change the world.

350 copies letterpress printed and sewn by hand into paper covers.